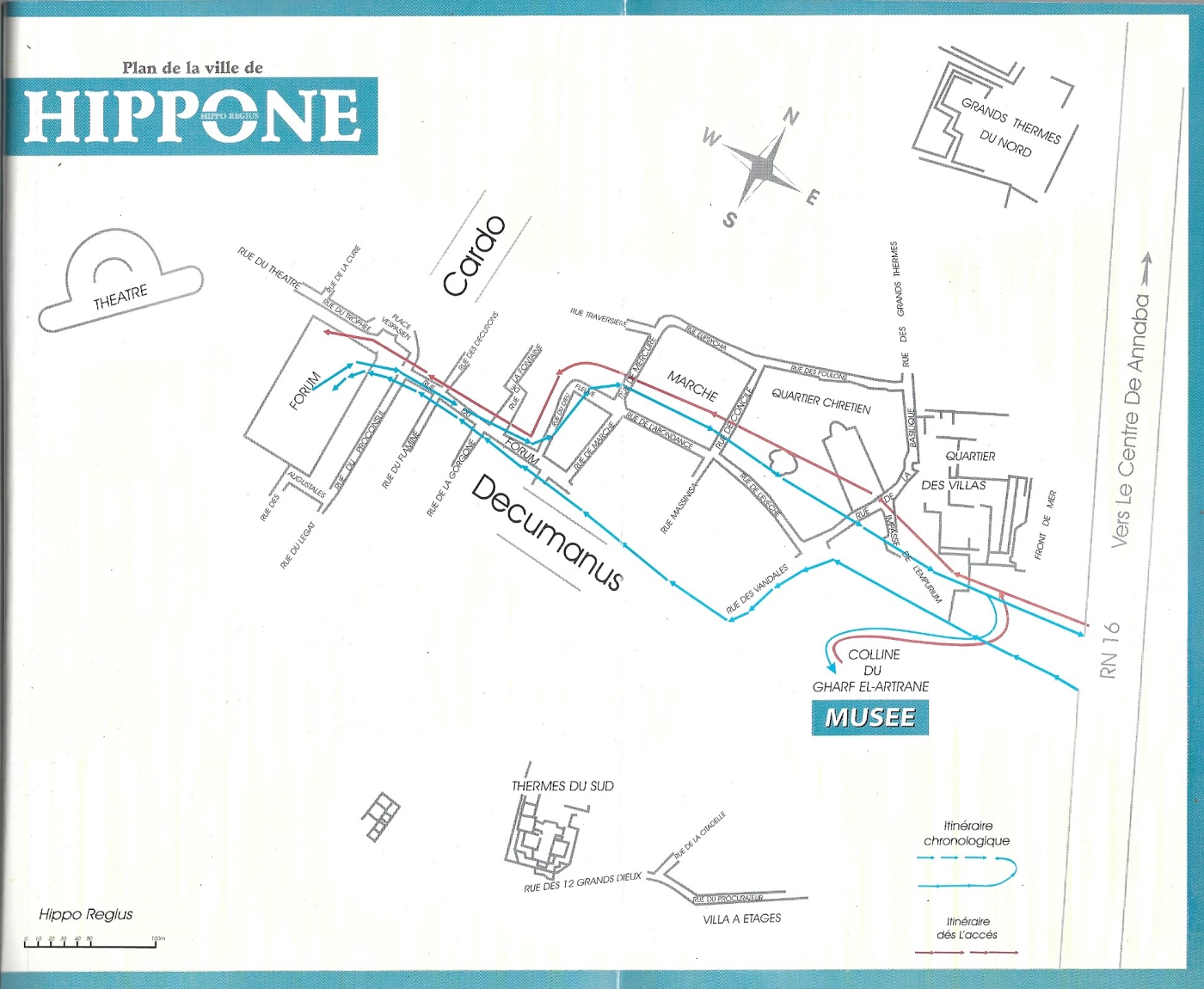 Nearly 200 images from the archaeological park of Hippo Regius (Annaba, Algeria) are now available on Flickr. Take a look! They roughly follow the chronological itinerary (the blue line) on the site map below, but in reverse. Full image descriptions will be added in due course. For orientation, the late 19th century Basilica of St. Augustine, seen in many of the images, is just west of the ancient theater. RN 16 is roughly where the shoreline was in antiquity.

Variously under Carthaginian, Numidian, and Roman control, Hippo Regius was a prosperous and multicultural Mediterranean port city. In the Roman period, it sometimes belonged to the province of Africa to the east and sometimes to the province of Numidia to the west. Many know it because Augustine spent the latter half of his life here as bishop. It is now Annaba, a relaxed coastal city not far from the Tunisian border.