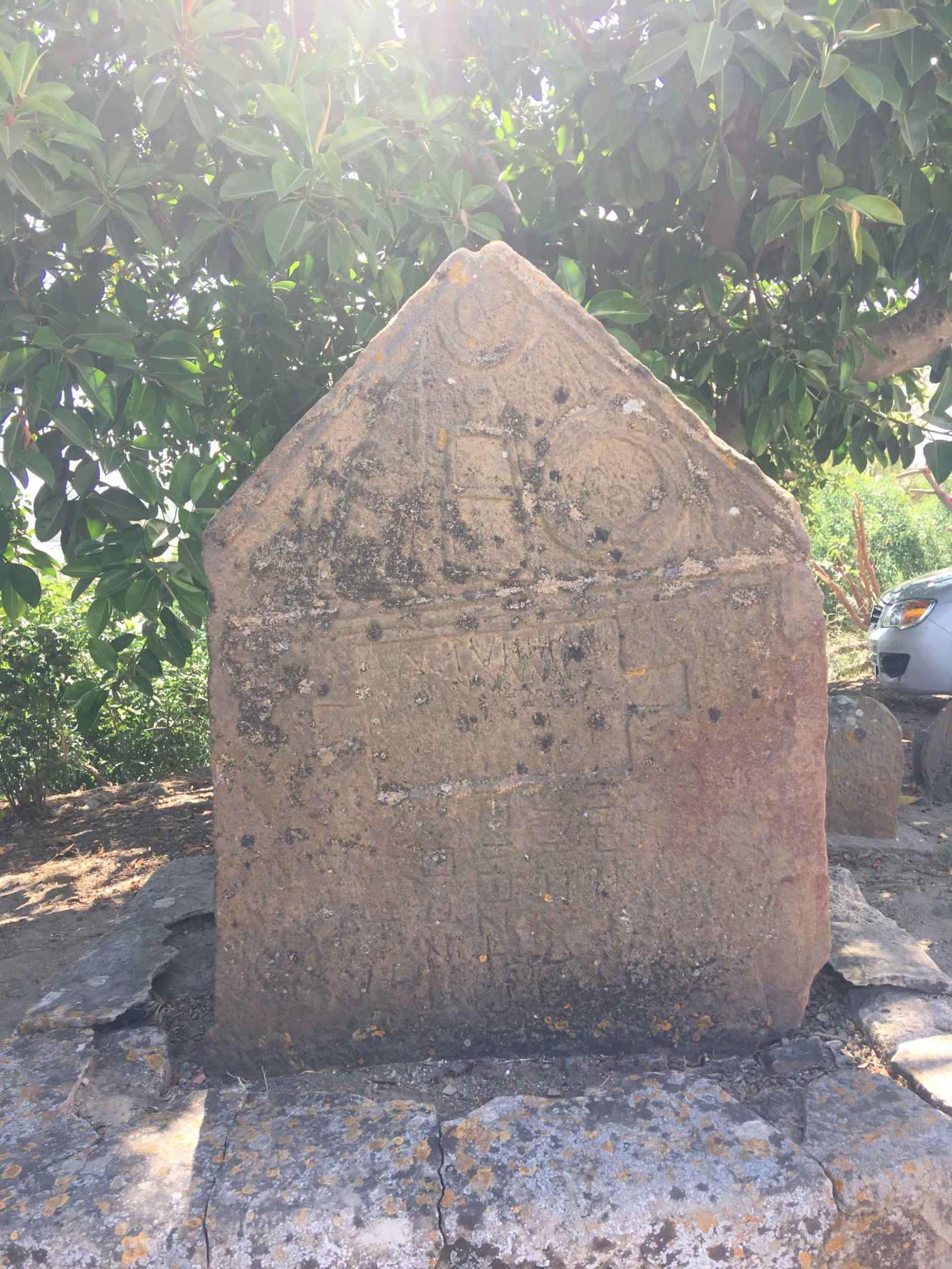 Punic and Latin came to North Africa via successive waves of colonialism. The indigenous ancient language is often presumed to be the ancestor of modern Tamazight, or Berber. But the link between them is not entirely secure, so when speaking of the ancient language the neutral term “Libyc” or “Libyan” (the Greek word for “African”) is preferred.

Here are some pictures of the funereal stele of one Sactutius Himir from Hippo Regius.

Here is a facsimile of the stele.

The inscription is bilingual, Latin with Libyan below it. Libyan was written with an archaic version of the script called Tifinagh, used for Tamazight today.

The Tifinagh script (bottom, below the Arabic) on a theater in Algiers, Algeria

In antiquity, the standard direction of Libyan writing was from bottom to top, column-by-column from right to left. However, when accompanying another language, as on Sactutius’ stele, the direction changed to mimic the direction of that language. That is, Classical Latin was written left to right, like English. Thus, this inscription was likewise written from left (bottom of the column up) to right.

According to Mélix, the first two lines of the inscription (again, the first two columns on the left from bottom to top) record Sactutius Himir’s name (the ancient script had letters only—or mostly only—for consonants):

The / indicates a column break.

Sactutius’ name, apparently of Punic origin, was memorialized in the Latin and Libyan languages. Latin was clearly the dominant language at the time (the Libyan mimics it, for instance). The addition of Libyan promoted indigenous heritage in a heavily colonized region.

The Latin inscription tells us only that Sactutius Himir lived for 70 years. We often take longevity for granted. They didn’t.